What are respiratory tract infections?

The respiratory system includes the mouth and nose, the sinuses, throat and trachea, the bronchial tubes, and lungs. 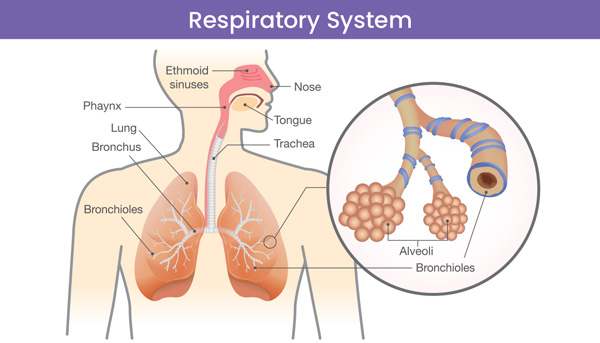 Most respiratory tract infections usually pass without complications and don’t require treatment. The common cold, also known as an upper respiratory infection or URI, typically has the following symptoms1:

If you ever experienced these symptoms, you likely had a URI, which usually lasts 5-7 days. You can treat this infection at home by doing the following1:

If your symptoms do not improve or get worse, you should see your healthcare provider.

People who have respiratory or chronic lung diseases, such as asthma, or who are immunocompromised (for example, have cancer, are on chemotherapy, or have an autoimmune disease, like lupus) are more at risk for worsening symptoms. They may go on to develop difficulty breathing or pneumonia. They should be sure to see their healthcare provider if they do not feel better or at the first sign of the following symptoms2:

Viruses can also cause lower respiratory tract infections such as pneumonia, bronchitis, or bronchiolitis.

What are some common respiratory viruses? 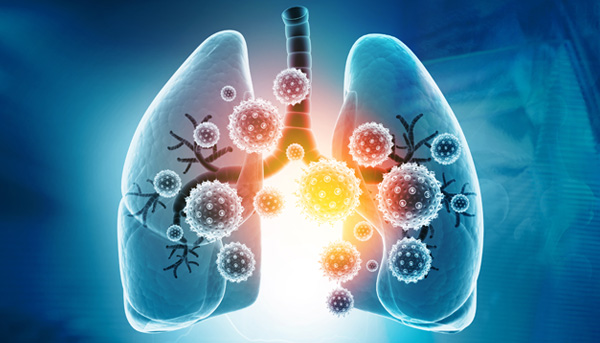 Most viruses that target the respiratory system cause minor URI symptoms. However, some can lead to more severe problems. The seven most common respiratory viruses are as follows:

What types of diagnostic testing are available for respiratory viruses?
Treatment for a person with worsening symptoms from a respiratory tract infection depends on identifying the bacteria or virus causing the problem. Different viruses can cause similar signs and symptoms, which can pose a challenge.

Viral culture or the nucleic acid amplification test or antigen method are used most often. Each method has disadvantages that can slow identification of a virus.

A viral culture detects a virus using body fluid or tissue, for example, by taking a nasopharyngeal swab. This sample is later added to a cell to grow a virus. Results are positive or negative depending on whether the virus infects the cell. This method requires time and experience.

Viral antigen testing detects the virus by testing for antigens against the virus. This method provides quicker results but is not as accurate. A more accurate testing methodology is polymerase chain reaction (PCR) technology.

Further improvements on PCR have led to development of devices that can identify multiple viruses, such as influenza virus or Covid, in a single test. Since these tests use nucleic acid amplification, this change has resulted in greater sensitivity and specificity in respiratory virus detection allowing healthcare providers to prepare a targeted treatment plan.

What viruses can a respiratory PCR test detect?

A multiplex PCR test can detect influenza, Covid, respiratory syncytial virus, adenovirus, parainfluenza, rhinovirus, and other viruses. However, it is not enough to rely on the results. Test results must also be appropriately interpreted. Examples of possible results include the following:

Therefore, test results alone may not be enough. If there is suspicion of a respiratory tract infection, then examination by a healthcare provider may also be necessary.

What is a respiratory disease?

Respiratory or chronic lung diseases are illnesses that affect the respiratory system. The respiratory system provides oxygen to other organs so they can function properly. A respiratory disease can be caused by smoking, inhaling toxic substances, a change in the person’s lung structure, developing an immunocompromising disease, or other causes.

Common symptoms of respiratory diseases include the following5:

What are common respiratory diseases? 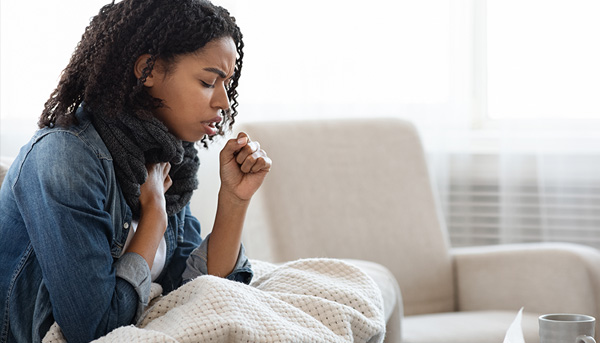 Chronic obstructive pulmonary disease or COPD is a family of diseases that includes emphysema and chronic bronchitis. COPD limits airflow in the lungs. It is most often caused by long-term smoking, exposure to toxic gases, or genetic diseases, such as cystic fibrosis.

Symptoms are caused by too much mucus, narrowing of the small airways, and chronic inflammation. Over time, the airways change and airflow decreases. People may have the following symptoms6:

Emphysema is a more complicated form of COPD. The lungs are badly damaged with destruction of the air sacs and the capillaries that carry oxygen from the air sacs to the arteries. The lungs then cannot provide oxygen to other organs. Symptoms include the following7:

Treatment for COPD, emphysema, and chronic bronchitis can include the following:

Some people may need pulmonary rehabilitation, an exercise program that improves lung function and a person’s ability to manage life activities.

There is no cure for COPD, emphysema, or chronic bronchitis, but there are ways to prevent these diseases from becoming worse.

If COPD is caused by smoking, the person should quit smoking as soon as possible. Ignoring the healthcare provider’s recommendations and treatment can cause further complications affecting the heart and lungs. If COPD is caused by exposure to other toxins, those toxins should be avoided as well. If caused by an underlying genetic disease, then the healthcare provider treats the underlying genetic problem.

Asthma is a common lung condition among children and adults. It is caused by airway inflammation, airflow narrowing that comes and goes, and airway over response to certain triggers, such as pollen. Some people have asthma symptoms only with exercise.
These airway changes result in intermittent episodes of cough, wheezing, and difficulty breathing. More than two-thirds of people with asthma are diagnosed in childhood, while the remainder develop the disease as an adult. It can be caused by smoking, exposure to toxins, or because of severe lung infection. There is a genetic component. Treatment for asthma can include the following10:

Pneumonia is the result of a viral or bacterial infection of the air sacs in the lungs. It can be caused by inhaling viruses or bacteria or if bacteria spread from another area in the body. Signs and symptoms include the following11:

People may need to be admitted to the hospital, placed on oxygen, and receive respiratory therapy, if the pneumonia is severe. Treatment for pneumonia can include the following12:

Toxins, air pollution, and smoking can cause lung cancer. Lung cancers can also occur from tumors in other parts of the body that spread to the lungs. If diagnosed early, people can be cured. Treatment depends on the type of lung cancer and the stage at the time of diagnosis. Available treatments include the following13:

Lung cancer treatment can reduce the immune system’s ability to fight off infection placing a person at more risk for developing a respiratory tract infection. However, any underlying respiratory disease increases this same risk.

What can you do to control a respiratory disease?

Respiratory diseases can be controlled by doing your best to maintain your respiratory health. Doing so will prevent severe disease if you are infected by a respiratory virus14. 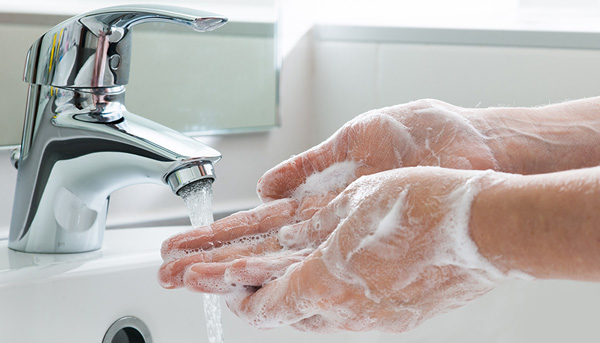 All photos are stock photos, used for illustrative purposes only. Posed by models.